Don’t be misled—you cannot mock the justice of God. You will ALWAYS harvest what you plant.

Do not be deceived: God cannot be mocked. A man reaps what he sows.

Guys, can I be real with you all?

This is actually a scary verse for me!

I began to tremble, what chance have I got God?

…what if I ask for forgiveness?

Yes, Our God is MERCIFUL and FORGIVING BUT He is also a God of JUSTICE.

Let me give you an example of a great man of God in the Bible who experienced God’s Justice, FULLY.

Yes, the man after God’s own VERY heart! I seriously love this man and so does God.

Do you want to know why David uttered those words?

Do you know the story of David, Bathsheba and Uriah? CLICK HERE to read.

To Summarise that chapter, David slept with Uriah’s wife-Bathsheba but not only did he committed adultery but also murdered this innocent man (Uriah). God was annoyed! He could not believe David can do such things after He gave him Saul’s house, wives, kingdoms of Israel and Judah. After He anointed him as a King!

David killed a man fighting for God’s glory – and even worse, Uriah died from the sword of their enemies – the ammonites.

In Chapter twelve: God of Justice told David he is not so smart. He can’t get away with what he has done, he has to reap what he had sown. So God sent Nathan the prophet to him revealing his deed in form of a story. Read from verse one, please try to stop at four: CLICK HERE  there is something I want to show you in verse five.

This is where it gets interesting…

After Nathan finished telling David the story, He replied with this statement in verse five…“As surely as the Lord lives,” he vowed, “any man who would do such a thing deserves to die!”

Haha! David was judging himself and he did not even know it. What a pity! LOL!

All jokes apart, I’m amazed how he did not think the story was about himself before he uttered that statement! but I also believe God wanted him to judge himself  in his humanness how unfair his actions was- David despised God by taking Uriah’s wife to be his own and killing Uriah.

Guys, Read on from verse seven to twelve, see how our God of justice moves, boy!

If you haven’t read it yet, here is what verse eleven to twelve said “...Because of what you have done, I will cause your own household to rebel against you. I will give your wives to another man before your own very eyes, and he will go to bed with them in the public view. You did it secretly, but I will make this happen to you openly in the sight of all Israel.”

David realised there is no hiding  from this. “Oh boy, God is not happy, seriously I have messed up big time!”

So, he confessed his guilt “I have sinned against the Lord” but see God being so merciful in spite of what David did,  He forgave David. He told him he won’t die for this sin.

“…Nevertheless, because you have shown utter contempt for the Lord  by doing this, your child will die”

Do you see why I am trembling now?!

God did not only stop at killing David’s son with a deadly illness but he fulfilled ALL the Words He spoke to David’s life.

Absalom rebelled against his father David. In fact, David had to run out of Jerusalem – (his own palace) because his own son, his own blood wanted to kill him – A whole king running with bare foot! Please do Read chapter 15 to gain full understanding.

“Sorry I keep referring you to read these chapters, its only  because I want you to fully understand this story about David.”

This is where it gets personal, do you remember those words God said to David? This one in particular “I will give your wives to another man before your own very eyes, and he will go to bed with them in the public view. You did it secretly, but I will make this happen to you openly in the sight of all Israel.”

In verse 22, the scripture said”So they set up a tent on the palace roof where everyone could see it, and Absalom went in and had sex with his father’s concubines.”

As I write this, tears fills my eyes…  if God can do this to a man He “claims” He loves, a man after His heart, what chance have I got?

The law of harvest comes to mind, it is inevitable, you can only get what you’ve poured out!

So I guess it all comes down to our CHOICES.

Life is full with choices, choices that can affect our life. Like David, his choices affected him.

God is a Just God, He is Fair in Justice.

I thank God for His mercy over my life,  “…Thank God! The answer is in Jesus Christ our Lord…” Romans 7:24

Jesus Christ is the mercy! But do NOT be deceived if you continue in your sin, you will harvest Death- HELL!

I’m not try to spook you out, it is the honest truth guys.

You might think, oh Dami, the case of David is in the old testament but Remember God is the same yesterday, today and forever. His Word never fails.

Oh and that verse is in the New Testament!

Let me emphasis on this again, You cannot continue with your sin and expect not to harvest death!

Cry out to God like David did, and He will save you from eternal death today.

David chose to Ask God for Mercy, you have that choice too.

With all said, I just want to conclude with this statement:

God’s justice is ALWAYS tempered by His MERCY.

I AM IN AWE OF GOD

God bless you all.

This site uses Akismet to reduce spam. Learn how your comment data is processed.

L U K E 1 : 3 7‬ ‭ 2019 is almost over and you might still be waiting for the fulfilment of His promises. Listen, The word of God will never fail over your life. If He said it, He will do it! He is a promise keeper and there is nothing impossible for Him. •• Believe. Don’t Give up! “Blessed is she who has believed that the Lord would fulfill his promises to her!” Luke‬ ‭1:45‬ ‭ •• Trust. Don’t doubt Him “Trust in the Lord with all your heart; do not depend on your own understanding. Seek his will in all you do, and he will show you which path to take.” Proverbs‬ ‭3:5-6‬ ‭NLT‬‬. •• Wait. “But those who wait upon GOD get fresh strength. They spread their wings and soar like eagles, They run and don’t get tired, they walk and don’t lag.” Isaiah‬ ‭40:31‬ ‭MSG‬‬ Keep going, 2019 is not over yet! ____________ #God #Jesus #Becoming2019 #Becoming #Promises #godspromises #fullfilment #December #2019 #luke137 #TheBookofLuke ‭
It has been a while! 🙈 ________________________ Action Speaks Louder 🌿 • • • “This is my commandment: Love each other in the same way I have loved you.” ‭‭John‬ ‭15:12‬ ‭NLT‬‬. Make sure you love on others today. Forgive and love them some more. 💕 _________________________ #Love #Grace #Forgiveness #mondaymotivation #Peace #Action #thegoodsoil #DailySeed
Turn your FOCUS to GRATITUDE. Feeling stressed out and overwhelmed today? Me too! Actually, I’ve been feeling like this for a few days. See, The devil is a fool for making you think you are alone in this and that you can’t have joy. Seasons change, life is full of highs and lows. Regardless, it is important to have the right focus. Choose to be grateful no matter what. Thank God for everything. It is easier to complain and feel sad but I encourage you to do the opposite. I made a gratitude list of 10 things I am grateful for. It’s helping maybe you should try it too. Mine goes like this.... 1. Gift of life – God has kept me breathing for the past 29 years and 7 months. I am still alive and for this I am thankful. (Side eye -now you know my age, damn!). 2. Salvation – I’m thankful for grace that found me through Christ in God and I know that’s the peak of everything, the essence of life and having that, is having everything. Read more of that via link in bio. Daily Seed | Weekly Devo. Why don’t you make a list of 10 things you are grateful for too. Today, choose to focus on GRATITUDE which leads to JOY! #God #Focus #mondaymotivation #dailyseed #devotional #joy #stressrelief #overwhelmed #gratitude #mygratitudelist
Persistent Prayer. Shameless Audacity. I tell you, even though he will not get up and give you the bread because of friendship, yet because of your shameless audacity he will surely get up and give you as much as you need. Luke 11:8 I love this parable Jesus gave His disciples about prevailing in prayer. Ask and it will be given to you; seek and you will find; knock and the door will be opened to you. For everyone who asks receives; the one who seeks finds; and to the one who knocks, the door will be opened. Matthew 7:7-8 NIV Ask, seek, and knock – are present imperative verbs. In other words, they aren’t something we do once, they are actions that are repeated over and over and over again. The greatest tragedy in life is the prayers that go unanswered simply because they go unasked. - Mark Batterson. _________ Daily Seed | Weekly Devo Week 9: Persistent Prayer. Read more via bio #Prayer #BePersistent #ShamelessAudacity #thegoodsoil #DailySeed #WeeklyDevo 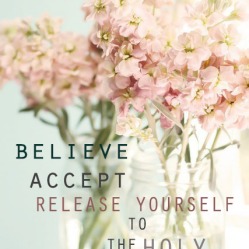 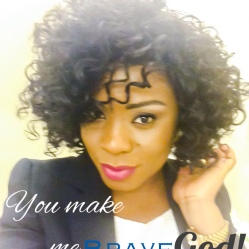 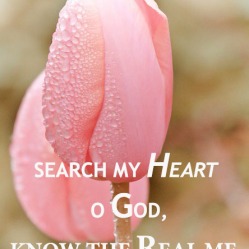 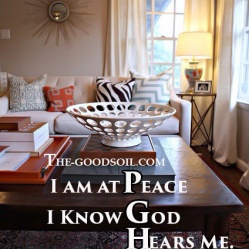 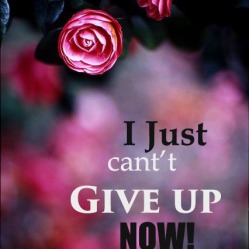 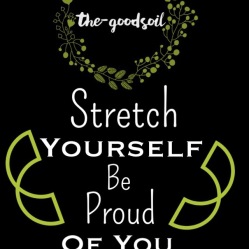 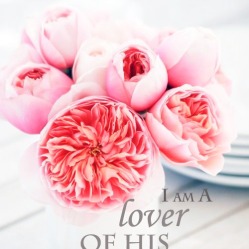 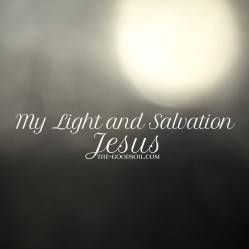 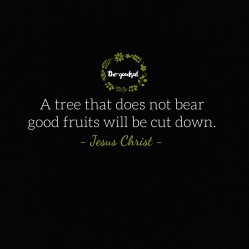 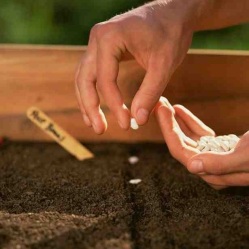 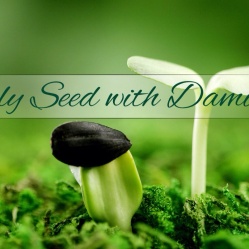 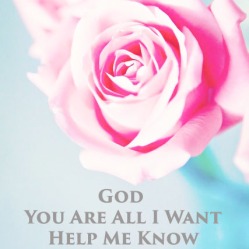 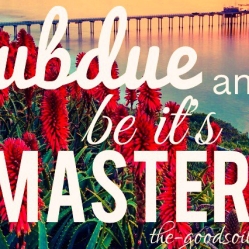